In 1993 the Historic Preservation Alliance of Wichita and Sedgwick County formed an organization known as Friends of Engine House No. 6, which combined with concerned firefighters and neighborhood residents to restore old Engine House 6 to its current glory and established the Kansas Firefighters Museum. 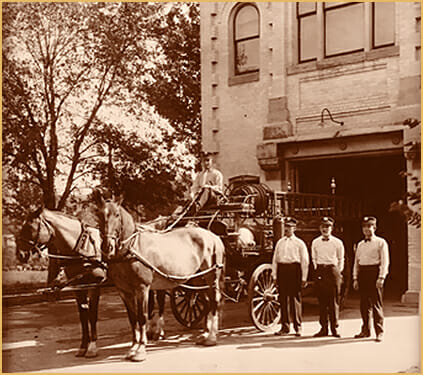 The Kansas Firefighters Museum was home to the last horse-drawn fire station for the Wichita Fire Department. Construction for Engine House No. 6 was completed at the end of 1909 and went into service on January 2nd, 1910. The station was equipped with a combination hose and chemical wagon, a team of two fire horses (Tom and Dick), and  four firefighters:

By 1918, all fire horses were retired from the city, making the Wichita Fire Department the first all-motorized fire department in the United States and the second in the world!

In 1953 Engine House No. 6 was closed, but it was not dead. It was manned and operated by the Civil Preparedness, reserve firefighters who answered calls in the city and county.

During the 1980’s, the Fire Reserve moved and the old engine house became a storage facility for the Wichita Fire Department. 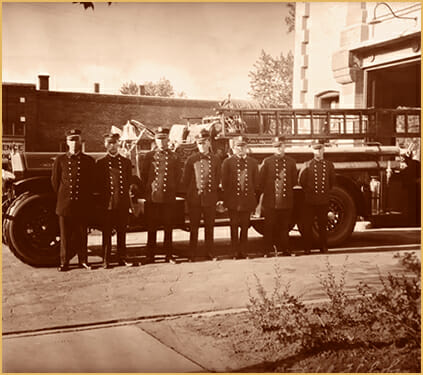 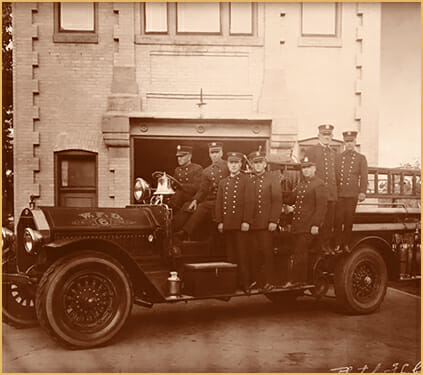 Over the years, old Engine House No. 6 became increasingly rundown and was eventually scheduled for demolition.

However, in 1993 the Historic Preservation Alliance of Wichita and Sedgwick County formed an organization known as Friends of Engine House No. 6 which (combined with concerned firefighters and neighborhood residents) petitioned the city and stopped the demolition. These same good people came together and restored old Engine House 6 to its former glory, establishing the Kansas Firefighters Museum. One year later in 1994, the building was placed on the Kansas and National Registers of Historic Places.

In 2001 the Kansas Fallen Firefighters Memorial was added. A memorial park with a brick and granite wall which contains the names of fallen Kansas Firefighters, as well as the “Final Call” statue.

In 2007 the State of Kansas recognized the museum as the “official state firefighters’ museum.”

SET UP A TOUR FOR YOUR GROUP TODAY!